Today, I was invited to give a small workshop at Wellspring Learning Community for 5th grade students. I was supposed to discuss technology and the impact that 8th to13th century Eastern civilization had on modern technology. And what better way to discuss this than with Emily! :)
(...naturally we spent more time having fun with Emily and with electronics gadgets than discussing this topic)

For those of you who still don't know Emily. Emily is a waiter robot built by DepotBeirut team. Emily was first introduced and first served people during TEDxBeirut event. Stay tuned as a dedicated blog post will be written about Emily. But for now let's see how the kids interacted with Emily. 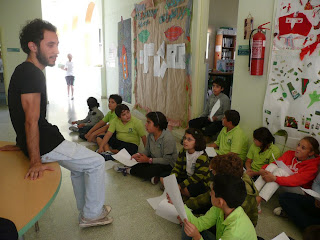 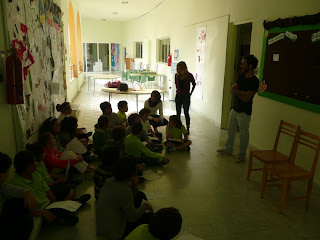 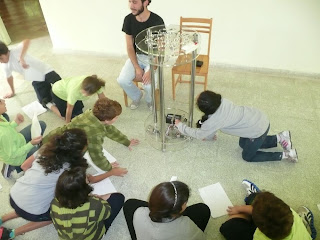 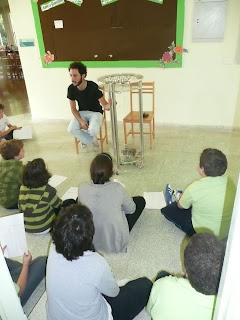 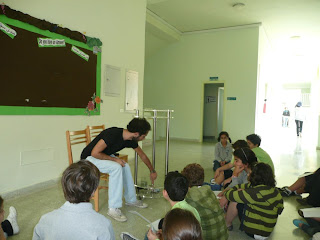 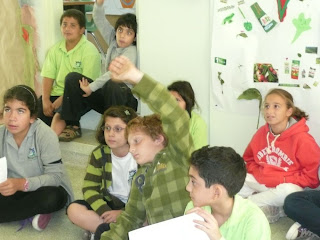 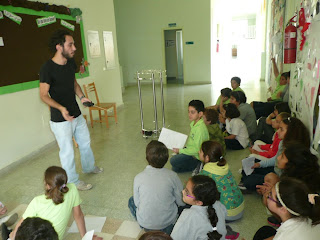 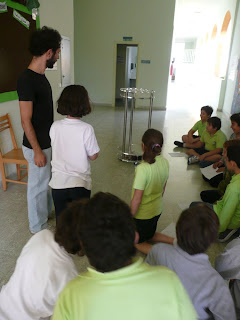 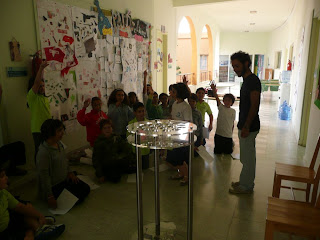 So, how does Eastern scientists of the 8-13th century really impact the existence of Emily?
Have you heard of Al Khawarizmi? You are most probably familiar with the word 'Algorithm'. Algorithm stems from Al Khawarizmi as he was the first to present a systematic approach to the solution of linear and quadratic approach.

Have you heard of AlHazen (Ibn Al-Haitham)? He is most famous for his work on vision and optics. He is the first to give a clear description and correct analysis of the camera Obscura and pinhole Camera. If it wasn't for AlHazen, we wouldn't have used the optical sensors to measure the distance of obstacles from Emily.

Last but not least, AlJazari is the grandfather of automation. He was the first to create mechanical devices that include Camshafts, crank-shaft and crack-slider mechanisms, he even created a musical robot band!! (back in the 12th century!)

So finally, and after playing around with Emily, and being inspired by Bilal Ghalib's hardware hacking workshop that he gave at Karaj. I decided to 'invent' an electronic musical instrument with the kids! :)

So we grabbed a sharp proximity sensor that would measure the distance of my hand, and the arduino board that I won during my Campus Party trip (check my karaj's post for more info), and we built a sound synthesizer with Processing and Arduino.
Arduino would read the analog voltage from the sharp distance sensor, and sends the data serially to Processing. Processing will generate a midi sound with a frequency that varies according to the distance of my hand. Soundcipher is the library used to generate audio with Processing. 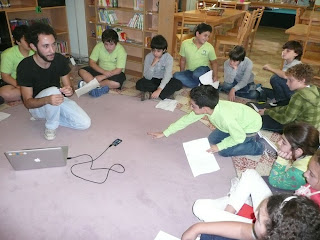 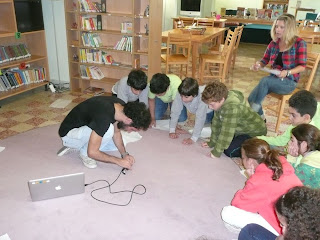 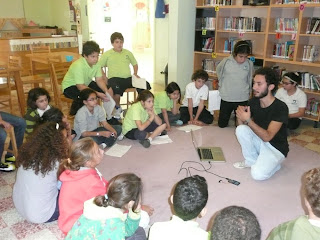 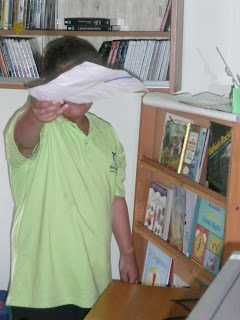 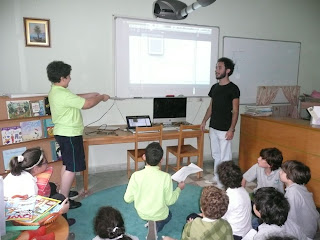 And finally a group photo of Emily with the class! 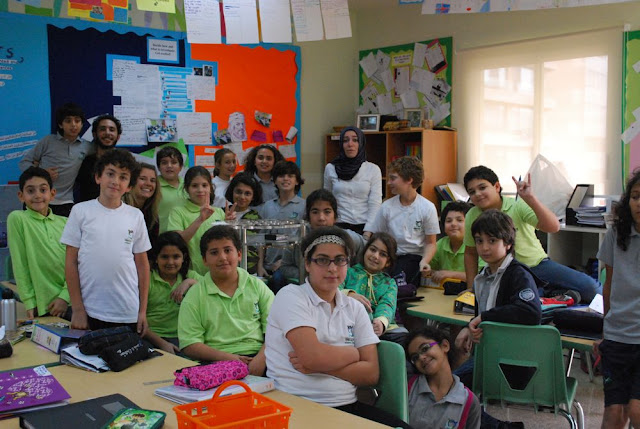 This is a brilliant class, and I am sure that those kids will grow up to be inspirational leaders! (maybe also robot builders)
Posted by Bassam Jalgha at 6:52 AM 6 comments: